Diana Tittle is a longtime Cleveland journalist and the author or co-author of four books on regional history and urban affairs. In 1997 she received the Cleveland Arts Prize for Literature for her nonfiction reportage. Since 1977, ParkWorks has worked to improve the quality of life in Cleveland, Ohio, through an impressive array of programs including community building, green space revitalization, and environmental education.

Listed in: Nature · Ohio and Regional 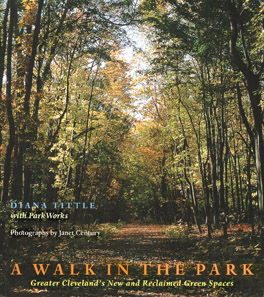 The Cleveland area is rightly famed for its Emerald Necklace, an almost continuous corridor of parklands, largely assembled during the first half of the twentieth century, that encircles the central city. Less appreciated is the recent revitalization of the parks-building movement that has taken place in northeastern Ohio.