Erica Magnus has enjoyed applying her fine art skills as a freelance artist to children's books as author and illustrator, for film and television as concept and creature design artist, and as a teacher. Happily back in Athens County, Ohio, where she raised her daughters, she now works from her Amesville studio. Meadows and woodlands surround her tiny home, where she lives with her first and deepest love, nature. 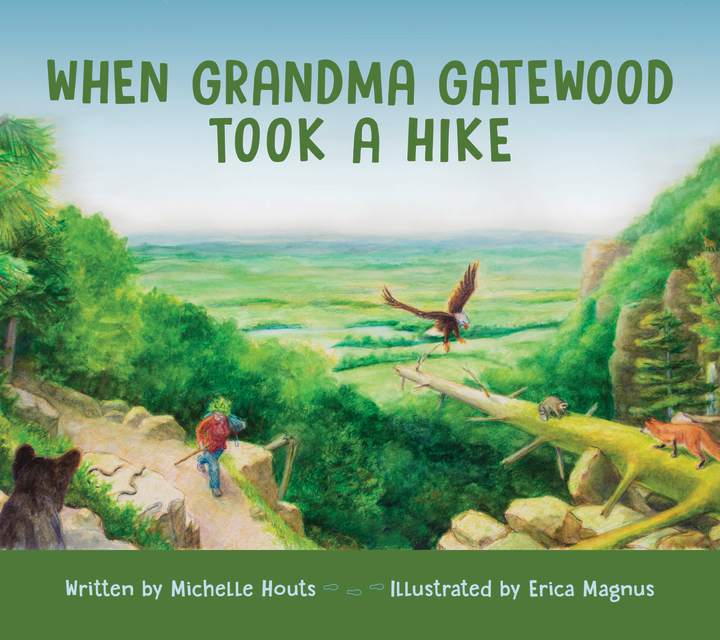 In 1955, sixty-seven-year-old Emma “Grandma” Gatewood became the first woman to solo hike the entire length of the Appalachian Trail in one through hike. Michelle Houts and Erica Magnus bring us the first children’s book about her feat and the unexpected challenges she encountered on the journey she initially called a “lark.”