Gwen Hyman is assistant professor of humanities at The Cooper Union in New York City, where she also directs the Center for Writing and Language Arts. Her work on food, literature, and culture has been published in Gastronomica and Victorian Literature and Culture, and she is the coauthor, with Andrew Carmellini, of Urban Italian: True Stories and Simple Recipes from a Life in Food. 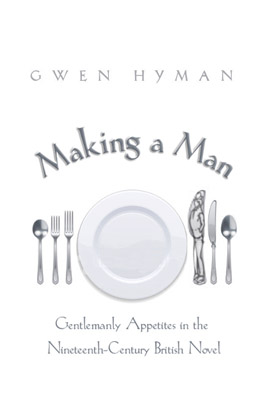 Gruel and truffles, wine and gin, opium and cocaine. Making a Man: Gentlemanly Appetites in the Nineteenth-Century British Novel addresses the role of food, drink, and drugs in the conspicuously consuming nineteenth century in order to explore the question of what makes a man of a certain class in novels of the period.