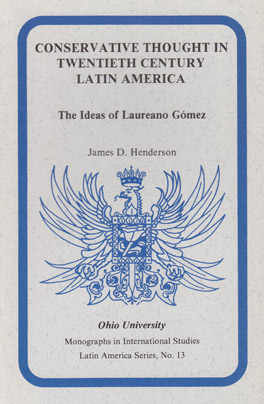 Laureano Gómez was president of Colombia in the early 1950s until overthrown by a military coup. He was also, for some fifty years, the leading exponent of Latin American conservatism, a political philosophy with roots in both nineteenth–century politics and religion. Focusing on Gómez, and other prominent conservative politicians, Henderson traces the evolution of Latin American conservatism and demonstrates the scope of its influence throughout the continent.While