Marion Wallace recently completed her doctoral thesis on health and society in Windhoek between 1915 and 1945 at the Institute of Commonwealth Studies, University of London. She has taught history at the University of Namibia and the University of Greenwich, London, and is currently working at the Public Record Office in London. 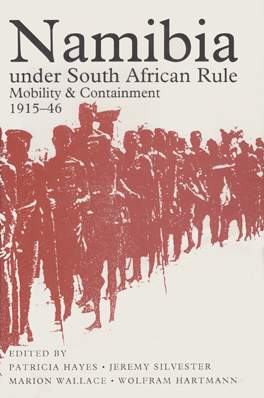