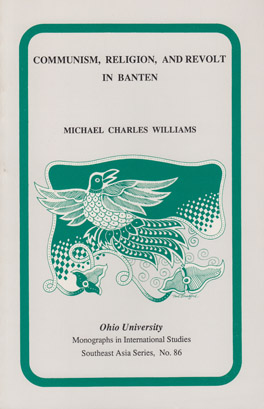 Communism, Religion, and Revolt in Banten in the Early Twentieth Century
By Michael Williams

Twice in this century popular revolts against colonial rule have occured in the Banten district of West Java. These revolts, conducted largely under an Islamic leadership, also proclaimed themselves Communist. Islamic Communism is seemingly a paradox. This is especially the case when one considers that probably no religion has proved more resistant to Communist ideology than Islam.Michael