Essays on the Economy of the Old Northwest

In 1787, the same year that the U.S. Constitution was formulated, the five states of the Northwest Territory were unsettled frontier land. One hundred years later, those states had grown into the industrial heartland and agricultural breadbasket of America.

As part of the Ohio University’s commemoration of the bicentennial of the Northwest Ordinance, the College of Arts and Sciences has commissioned essays on the region from distinguished economic historians at eleven universities, including four past presidents of the Economic History Association. These essays fill many gaps in our understanding of America’s economic evolution and provide historical perspective for analyzing contemporary challenges faced by the maturing economies of this five state region.

The story begins where the modern regional history begins: with the Northwest Ordinance, which provided the framework for the first major expansion of the fledgeling nation, and the subsequent settlement and development of the land. In twelve essays, these economic historians explore various dimensions of this dramatic economic transformation, including the importance of the legal framework of the Ordinance, the role of public land policy, the significance of emerging financial institutions, the contribution of river transportation, and the impact of a massive shift of labor resources out of agriculture.

The concluding essay relates the nineteenth century’s growth to the maturity and stagnation of the twentieth center and suggests that although high taxation and a high rate of unionization have weakened the region’s economic base, the next half century looks brighter than the previous half century for the five states of the Old Northwest. 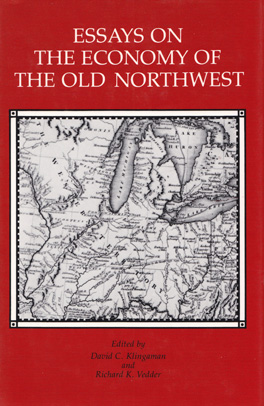