Stampede to Timberline
The Ghost Towns and Mining Camps of Colorado

“(Stampede to Timberline) is written with a warm and humorous first-person voice that conveys the sense of discovery that the author must have felt as she searched out and explored these fading mining towns. The book is peppered with human interest stories and anecdotes from former miners and other explorers who were still around for first-person interviews at the time Wolle was doing her research.”

This book includes the story of 240 of Colorado’s mining camps, with emphasis on the human side. The men who swarmed to the mountains to find precious metal came in successive waves from the late 1850s on, combing the gulches, scrambling over the passes and climbing the peaks. Their story is full of adventurous chances, lucky strikes, boom conditions, reckless spending, banditry, claim jumping, railroad wars and labor troubles.

The author searched the Colorado Rockies from the time she saw and sketched her first ghost town until she had rediscovered and painted the vanishing mining camps. Twenty-two maps give the location of each one and serve as a guide for those who want to reach them by car or jeep, by horseback or on foot.

The hardships of the early prospectors, the strikes they made, the gold and silver mines they uncovered, the towns they established, and the rise and fall of their fortunes are vividly recorded.

Names and dates are given of the earliest finds, of the most important mines and the money they made, of the newspapers printed, and of the hotels, churches and theaters erected. The difficult supply routes into the rocky fastnesses are also clearly traced. But all these facts are humanized by an author who is an artist rather than a historian, and to whom all this mining in the Colorado Rockies is essentially the story of heroic pioneer effort—the men and women behind the deeds.

The book contains 212 separate sketches made by the artist-author on the spot at the oftentimes remote and completely deserted mining camps. These pictures, as well as her 1200 other lithographic sketches of Colorado towns, form an invaluable record of places which are rapidly disappearing under the ravages of fire, wind and snow. 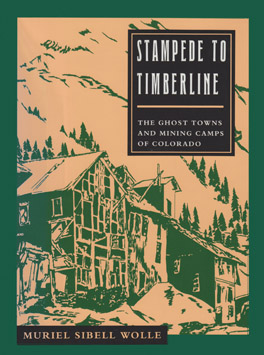 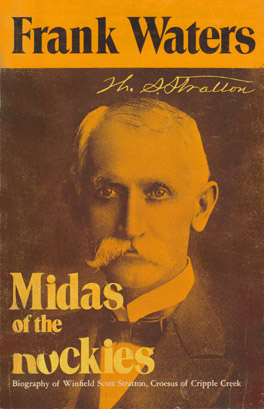 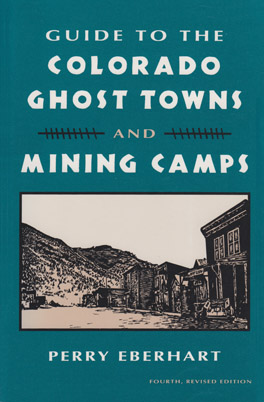 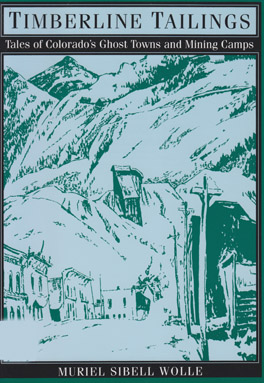