“The Complete American Fantasies is a poet-playwright James Schevill’s most compelling and encompassing volume. The work of years, it mirrors his own and the country’s most vital experience at all level: love and marriage, war service, street life, the predations of industrial power and political manipulation. The book is filled with the sounds of American speech, piercing lyrics, telling satire, surprising insights into every aspect of our lives, and sheer human understanding.”

“This book covers each decade from 1920 to 1990. spanning the poet’s lifetime thus far. In poetry and prose entwining his personal history with crucial episodes of American history during that period, Schevill seeks to create an epical design in which one dimension dramatically mirrors the other.

"In effect the design follows the various probing progress of Melville, Poe, Whitman, and Twain, where fables and desires experienced in their lives were measured against those of the nation. Schevill’s aims document the politics and history, including wars and depressions, of an America foundering in attempts to fulfill its promise and find its identity in the modern world. Strong dramatist and poet that he is, Schevill’s American Fantasies stakes out a claim for our time… upon that vast precipitious terrain which his admired masters differently traversed.”

“Fantasies to me, as I wrote in an earlier 1983 edition of American Fantasies, are the active, visionary links between reality and imagination as my characters pursue their destinies. Although we pretend to be a pragmatic, materialistic country, our fantasies, once suppressed by tradition, peer increasingly through the media into our private and public behavior. In this sense fantasies are not daydreams—they are the invisible and visible strands of our lives, the dramatic, often incredible images that dominate us, whose actions we pursue.

As a playwright, too, I have largely struggled to restore dramatic characters to poetry, people who have largely disappeared as fiction, nonfiction and drama have usurped from poetry its narrative function. To fit the wide–ranging subjects of this sequence, I have employed a variety of traditional and experimental forms. If the sequence is the major narrative form of our time, it requires an unusual range of forms to project the special rhythms and unique quality of the character’s lives.

In the United States, as our fantasies move to condition us, we must move to separate the creative from the destructive fantasies, and I hope this book will help to focus that necessity in these critical times.”
—James Schevill, from the Preface to The Complete American Fantasies

James Schevill is a poet, playwright, and Emeritus Professor of English at Brown University. He has published numerous collections of poetry, many plays which have been produced in the United States, Canada, and Europe, and a novel based on his experiences in World War II. He lives in Berkeley, California, with his wife, Margot.   More info → 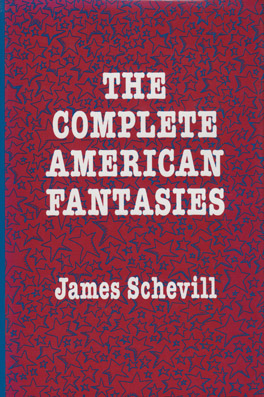 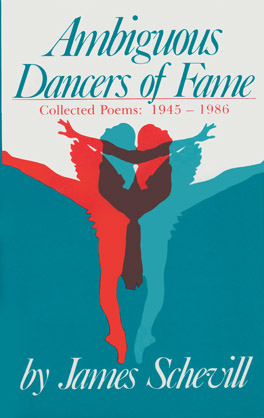 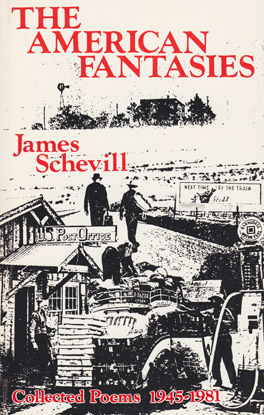 In this collection, Schevill brings together a series of poems that he has been working on since his first book was published in 1947.Diverse characters, both real and imaginary, reveal fantasies of American life and history. The dramatic voices of the characters contrast with the subjective voice of the narrator as he moves through time and space, remembering and anticipating.