Then and Now
Poems

“What is remarkable is the poetry that floods through the cracks in Cummins’s poker-faced façade, drenching his mock-narrative with timeless light and joy.”

“These poems… are possessed of the joy and sadness and humor that make James Cummins's work such a rare treat.”

“To say that Cummins’s performance is spirited, even high-spirited, is not enough; we must say that it is inspired, and thereby feeds our cravings for knowledge, for delight.”

James Cummins’s first book of poems, The Whole Truth, became known throughout much of the poetry world as the “Perry Mason sestinas.” His second book, Portrait in a Spoon, was chosen by Richard Howard for the James Dickey Prize Contemporary Poetry Series.

His latest and most accomplished work is collected in Then and Now, which reflects the same inventiveness and wit evident in his earlier books, with a deepening of tone and spirit. The result is a collection of poems filled with feeling and with Cummins’s signature anguished humor.

If the language of poetry is a way into a hall of mirrors of the self, it can be a way out, too. The voice that emerges in Then and Now is sane, imaginative, bemused, and sly, not only taking responsibility for the character of the writer put fully on display, but ironically and affectionately exploring how this process occurs.

You have lunch with a friend.
You put on a false face for him,
because he is your friend.
You want to spare him your
maunderings,
your lies and malfeasance.

But this is just what your friend desires,
because he is your friend.
He wants your face to fall open
in front of him and twitch
like a rabbit hit on the fly.

He says he wants the latest word
from the border region between
narcissism and an inner life.
And laughs.
Shamelessly, you tell him everything,
because he is your friend.

James Cummins was born in Columbus, Ohio, and grew up in Cleveland and Indianapolis. He received his MFA from the University of Iowa and is curator of the Elliston Poetry Collection at the University of Cincinnati, where he also teaches.   More info → 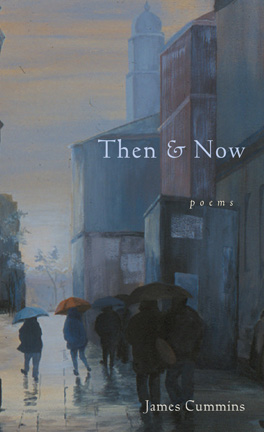 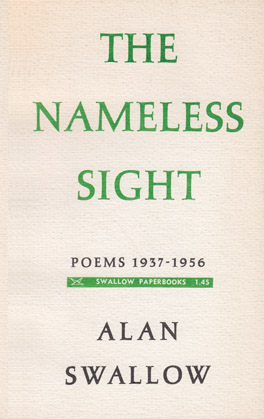 Although Alan Swallow’s work on behalf of other poets has tended to overshadow his work as a poet, the reputation of his poems has been upon the ascendancy. This volume, a “selected” one, runs the gamut of Swallow’s themes. John Holmes reviewed in The New York Times, speaking of “love and compassion warming the face of the carving.”The volume was published in a beautiful limited edition by Carroll Coleman’s The Prairie Press. 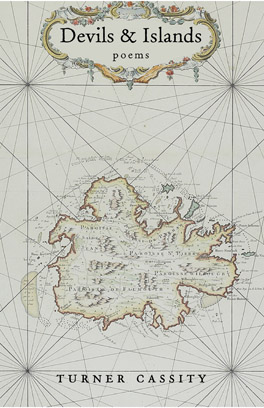 As he approaches eighty, Turner Cassity may finally be out of control. His hatchet has never fallen more lethally, meaning if you have the stomach for him he is more enjoyable than ever. Under the blade come Martha Graham, Johann Sebastian Bach, musicologists, tree huggers, Frank Gehry, folk music, folk art of all times and all places, folk… . There are, however, his unpredictable sympathies: Edith Wilson, skyscrapers, Pontius Pilate, Pilate’s legionnaires.