“…boldness of enterprise is the foremost cause of (America’s) progress, its strength, and its greatness.”

With that succinct statement a young French aristocrat, Alexis de Tocqueville, expressed his perceptive analysis of the United States, following a nine-month tour of the young republic beginning in May of 1831. His remarkable two-volume study, Democracy in America, presented an insight that has withstood the test of time to the extent of being described by many scholars as the finest treatise of its kind in the past century and a half. As one of a few companies spanning that period of time, Cooper Industries represents an intriguing mirror for Tocqueville’s long-range observations. Boldness of enterprise has indeed been reflected by the efforts of individual entrepreneurs whose companies have come together as Cooper Industries, and many of their names continue to identify successful company products. Among those men were Charles and Elias Cooper, Robert W. Gardner, Huntington B. Crouse, Jesse L. Hinds, Carl E. Weller, Charles W. Kirsch, E.T. Lufkin, William T. Nicholson, and Jacob Wiss.

“They (men living in democracies) are therefore all led to engage in commerce, not only for the sake of the profit it holds out to them, but for the love of the constant excitement occasioned by that pursuit,” wrote Tocqueville. Were profit the only motive, most of the men who have guided Cooper Industries through the fluctuating business cycles of 150 years would have given up in the depths of economic disasters created by depressions and market shifts. Cooper’s growth by no means has been a steady uphill climb; but no reviewer could criticize its history as lacking excitement.

Tocqueville contrasted the American “notion of labor” with that of Europeans, writing that, in the United States, “not only is labor not dishonorable among such a people, but it is held in honor; the prejudice is not against it, but in its favor.” The history of Cooper Industries is sprinkled liberally with instances of employees rising from beginning “shop floor” jobs to high management positions. Respect for all positions and opportunities for advancement have remained key elements of company philosophy since Cooper was founded in 1833 in Mount Vernon, Ohio, on the edge of a huge, undeveloped frontier. 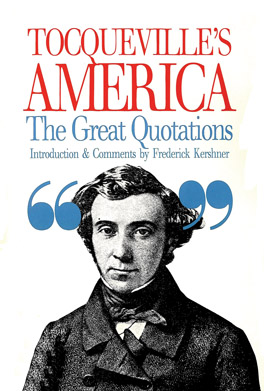 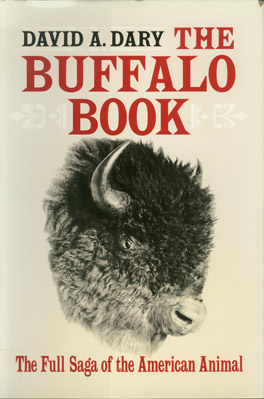 The Buffalo Book
The Full Saga of the American Animal
By David A. Dary

The journals and memoirs of 19th century explorers and travelers in the American West often told of viewing buffalo massed together as far as the eye could see. This book appropriately covers the subject of the buffalo as extensively as that animal covered the plains. Other recent accounts of the buffalo have focused on two or three aspects, emphasizing its natural history, the hunters and the hunted in prehistoric time, the relationship between the buffalo and the American Indian. 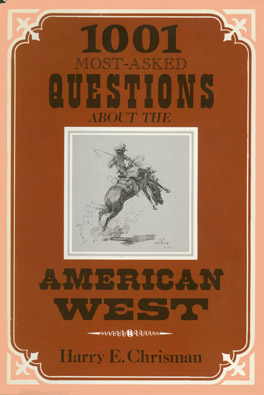 One Thousand and One Most Asked Questions About the American West
With Answers
By Harry E. Chrisman

During his more than 40 years of newspaper and magazine work, Harry Chrisman has been answering questions about the American West — both the standard and the oddball queries, such as “What is the most fantastic bear story you ever heard?”Chrisman first encountered many of these questions in his monthly column “Roundup Time,” which appeared in The West, a national monthly magazine.Concentrating

Sign up to be notified when new History | United States | 19th Century titles come out.