Alan G. Gless, district court judge of the Fifth Judicial District of Nebraska, has published in Nebraska Law Review, Behavioral Science and Law, and the American Journal of Legal History. 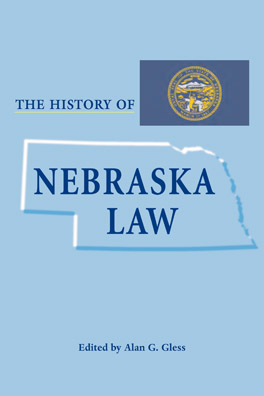 The History of Nebraska Law
Edited by Alan G. Gless

In the aftermath of the Civil War, legislators in the Nebraska Territory grappled with the responsibility of forming a state government as well as with the larger issues of reconstructing the Union, protecting civil rights, and redefining federal-state relations. In the years that followed, Nebraskans coped with regional and national economic collapses. Nebraska women struggled for full recognition in the legal profession.