Bettina L. Knapp is a professor of Romance Languages and Comparative Literature at the Graduate Center and Hunter College of CUNY. Dr. Knapp has received a Guggenheim Fellowship and grant from the American Philosophical Society in addition to the Faculty Research Award. She is also the recipient of the Palmes Académiques. Other works by Bettina Knapp include Dream and Image: The Prometheus Syndrome; Anaïs Nin; Céline: Man of Hate; Jean Racine: Mythos and Renewal in Modern Theatre; Gérard De Nerval: The Mystic's Dilemma; and Maurice Maeterlinck: A Critical Study. 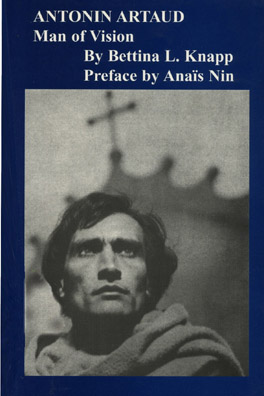 The extraordinary actor–director–writer who developed his talent for self-torture into art to become one of the most vital creative forces of the century.