H.R. Coursen is Director of Education in Northeastern US for the Shakespeare Globe Centre (London) and teaches at the University of Maine, Augusta. His most recent critical work is Reading Shakespeare on Stage (University of Delaware Press, 1995). 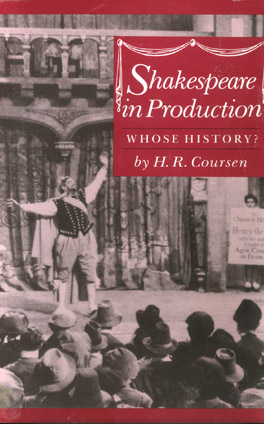