Michael Zimmerman is professor of philosophy at Newcomb College of Tulane University. He was granted the Mortar Board Award for teaching excellence in May 1979. He is the author of many articles on Heidegger. 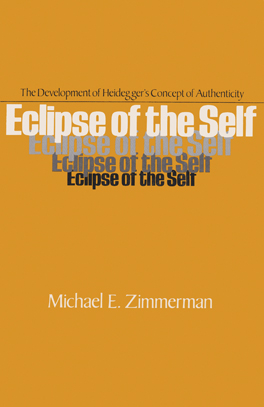